Clinical studies show taking Flavay® significantly improves (both objectively and subjectively) recovery from glare and sensitivity to light in persons working at computers and driving at night.

Here we review those studies and discuss how Flavay® protects retinal cells from the cause of retinal sensitivity—oxidative stress.

The following human studies found Flavay® increased visual performance in low light and in light-to-dark adaptations by improving antioxidant activity in the retina.

A multi-center study of 100 people with healthy eyes found decreased vision in people working at a computer monitor or driving at night. After 4 weeks of taking Flavay® (200 mg per day), 98 out of 100 participants showed "significant improvement" in visual performance in response and sensitivity to light, recovery from glare and night vision. (63)

In a study of 91 persons with bilateral myopia and associated ocular disorders, objective testing found taking Flavay® (300 mg daily for 30 days) resulted in improvement in retinal sensitivity and recovery after glare in 72 subjects (79%). (262) 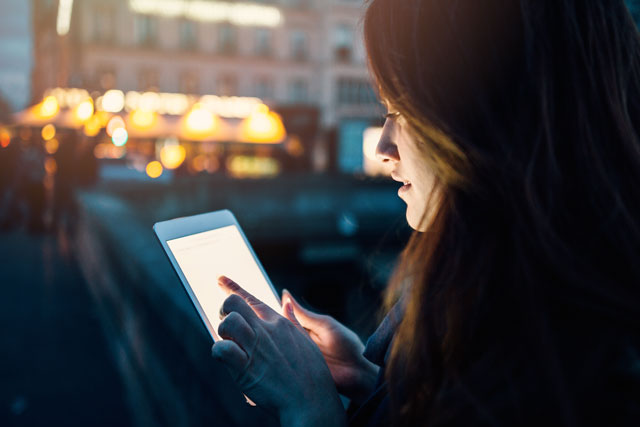 Clinical studies show taking Flavay® significantly improves (both objectively and subjectively) recovery from glare and sensitivity to light when working at computers and in driving at night. (63,64,65,71,262,263)

The following studies found Flavay® increases visual performance in low light and in light-to-dark adaptations by improving antioxidant activity in the retina.

A multi-center study of 100 subjects without major ocular pathology who daily sit in front of computer monitors or drive at night were tested taking 200mg per day of Flavay®. After five weeks their vision was measured for resistance to blinding light, and in dim light. The group receiving Flavay® demonstrated significant improvements in dark vision and in visual response to glare. (63)

In a French study of 100 healthy volunteers, those who received Flavay® (200 mg daily for six weeks) had a marked improvement in dark vision and recovery from glare. (64)

A double-blind study of 40 myopic subjects found those taking Flavay® (150 mg per day for 30 days) demonstrated significant improvement compared to the placebo group. Significant electro-retinographic improvements in retinal sensitivity and recovery after glare were noted in 40% of those in the Flavay® group and none (0 subjects) in the placebo group. (65)

In human trials, Flavay® is shown to reduce pressure in ophthalmic membranes by preventing abnormal leakage of fluids into the orbital cavity and tissues and thereby slow down progression of retinopathies. Flavay® seals leaky capillaries, strengthens vessels and prevents outflow of blood or liquid. The number of microbleedings in retinal tissue is thereby reduced and visual acuity can improve. (249,250)

The effects of Flavay® (100 mg per day) were measured on 147 persons with retinopathy. Flavay® improved all cases of exudations linked to ischemia (inadequate blood supply) linked to a diabetic, ateriosclerotic, inflammatory, degenerative and myopic nature. (69)

The effects of Flavay® (150 mg per day) were measured on 30 retinopathy subjects who suffered from microaneurysms, hemorrhages, exudations and neovascularization after capillary hypoxia. Retinal infectional lesions were stabilized in 80% of persons taking Flavay®. (72)

Our eyes rely on specialized lipid (fat) and aqueous (water) barriers for protection from oxidation but these antioxidant mechanisms become progressively less effective with chronic exposure and age. (243,324-327)

Oxidation damages collagen in vessels so the vessels become brittle and fragile. Bleeding, leaking, and scarring from the damaged vessels eventually cause vision loss. Extensive scientific and clinical studies show Flavay® strengthens collagen proteins and seals leaky capillaries, strengthens vessels and prevents outflow of blood or liquid. The number of microbleedings in retinal tissue is thereby reduced and visual acuity can improve when taking Flavay®. (249,250)

Human trials discovered Flavay® increases visual acuity in light-dark adaptations by increasing the rate of rhodopsin regeneration which is the photopigment found in rods within the retina that enable vision in low-light conditions. Thus, Flavay® enhances an important antioxidant function of vitamin A (precursor of rhodopsin) thereby improving visual performance in low light and in light-to-dark adaptations. (63-65,71,262,263)

Flavay® reinforces collagen structures of the retina (which is 80% collagen). Flavay® is clinically proven to improve strength and tone of vessels and improve circulation and reduce leakage. (47,48,82,205)

A number of epidemiologic studies show that persons with diabetes and age-related eye diseases have significantly lower levels of antioxidants. Licensed in France for use in diabetic retinopathy, many significant studies established the efficacy of Flavay® in protecting retinal cells against oxidative damage, restoring retinal blood flow and in reducing ocular inflammation. (69-72,250,373)

Due to the exposure to light and high oxygen concentration, the oxidative stress burden is higher in the eye than other tissues, which can be further complicated by additional oxidative stressors such as smoke, smog, chemical pollution and chronic exposure to "blue light" digital radiation. (243,324-327)

It's been shown, through both animal and human studies, that oxygen and light generate free radicals or precursors and oxidative damage which plays a critical role in macular degeneration, glaucoma, retinal degeneration and retinopathies, and cataracts. (257-259,299)

"Blue" Light is Hazardous to Vision

Unlike UV light, blue light penetrates deeper into our eyes, into the macula part of the retina and has the greatest potential for oxidative damage to retinal tissue. Ongoing exposure to blue light is a major risk factor for macular degeneration, glaucoma, and retinal degenerative diseases. Sources include digital devices and artificial lighting so it’s practically impossible to avoid unhealthy levels of exposure.

How much blue light exposure does it take to cause eye damage?

Research indicates that headache, eye fatigue and strain are linked with daily use of computer monitors and electronic devices, and are more common with three or more hours per day of exposure. Americans spend more than ten hours a day staring at a digital screen—and 70 percent use two or more digital devices at the same time. The vast majority of adults are unaware of the dangers of blue light to their eyes, but the harm is real and prevalent. (318) 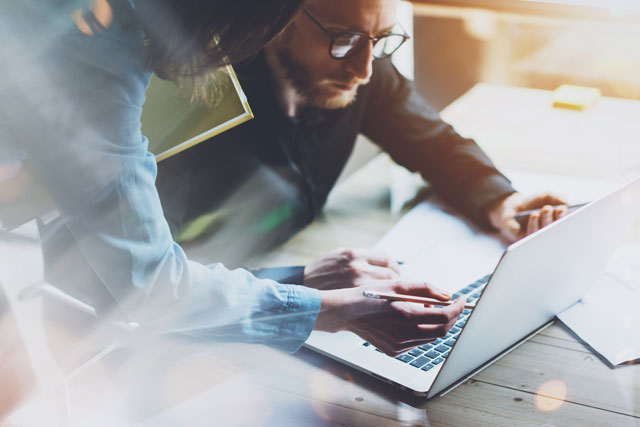 Sources of blue light include digital devices and artificial lighting so it’s practically impossible to avoid unhealthy levels of exposure.

Licensed in France for use in diabetic retinopathy, many significant studies established the efficacy of Flavay® in protecting retinal cells against oxidative damage, restoring retinal blood flow and in reducing ocular inflammation.

Flavay® is shown to improve retinal health and structure, slow progression of degeneration in retinopathies, and stabilize microcapillaries in the retinal membranes. (69-72,250,373)

Flavay® is clinically proven to slow progression of retinal degenerations and stabilize microcapillaries in the retinal membranes.

Protect your vision for the many years ahead.

What the brochure says it's true. I was having problems seeing at night and so I really didn't want to drive at night. Halogen headlights were a problem but now with Flavay I see things in the dark like a kid. —Mr. D.T.*

Flavay has really helped with my glaucoma. After a few weeks my doctor was surprised because my numbers went down. —Ms. Yvonne B.*

I’ve got three of us taking Flavay, all three of us got better from glaucoma. I’m 82 and a healthy man and I still act like one. I take two Flavay per day. —Mr. Harvey S.*

I was skeptical but desperate when I first ordered Flavay for my diabetic retinopathy. In less than one month the Flavay has produced a dramatic improvement in my condition. My eyes clear as soon as I take my morning dose. I am a doctor of pharmacy and had never heard of your product but you bet I will spread the word... Thank you for saving my vision. The laser surgery just made it worse and my doctor had all but given up so I searched the web for a remedy and found your product. Flavay is remarkable! —Dr. H.H.*

After taking Flavay and Flavay Plus (about four months) my vision is more clear, so much so that I can drive a car and even read a newspaper. Macular degeneration may have etched areas of my retina and I still have to move my eyes around to find spots where I can see the best—but even that has improved a little. I can hardly believe my improvement. I’m astounded that something so simple, strengthening the capillaries in the eyes, has meant so much improvement. —retired medical doctor*

I have diabetic retinopathy and for about a year I was blind in one eye, but now I can see out of that eye. Not well enough to read, but improving, so I'll keep taking Flavay and Flavay Plus, currently taking 2 Flavay and 4 Flavay Plus. Did you know that these products are the only ones out there which help my condition, the only ones, and I'll keep taking them. —Mr. Mark M.*

I have been using your product (Flavay) for over a year now and I have found it quite useful for diabetic retinopathy. My right eye is almost blind and my left has very little vision. Even so your product has returned some vision to my eyes. —Dr. F.R.H.*

Flavay and Flavay Plus are helping my wife's eyes. She picked out a Cessna 350 in the sky lately. She hasn't been able to do that until now. —Mr. J. McDonald*

My friend and neighbor has been giving me Flavay bottles for some months because I would tell him when I was out of capsules. I've been using them. I have noticed improvements, especially with my vision. —Mr. R.F.*

I have tried everything else and your Flavay really helps my eyesight. I was having trouble seeing at night and now I don't have that problem anymore. I love Flavay. I also had a blown knee that they had wanted to do surgery on and now I don't have to. I love the Flavay, I really like it! —Ms. T.K.*

I have found Flavay to be a wonderful product. I buy it for my mum's eyes, but we also notice it improves her cognitive function. —Ms. N.S.*

I can read three lines up on the eye chart since taking Flavay and Flavay Plus for my retinopathy! (83-year-old customer whose eye-doctor's office called to receive a Flavay brochure. The doctor's nurse was laughing and saying, “Whatever your product is, it's good!”) —Ms. Daisy B.*

Flavay has so dramatically improved my vision that my son has arranged for me to have a new puppy! I'm a dog lover but when my dog died seven years ago I wouldn't have a new one because I couldn't see well enough to take care of it. —Ms. Daisy B.*

I purchased Flavay for my mother with advanced retinopathy. After taking Flavay her doctor was totally taken aback by what he found, her vision test had improved by 3 lines. We give thanks to the Lord for making this product available —Ms. Judy E.*