Flavay® Lowers the Inflammatory and Allergic Activity (Release) of Histamine

Numerous studies demonstrate the anti-inflammatory and anti-allergy activity of Flavay® as it inhibits release (activation) of histamine from mast cells. (3,35,56,78,146,423,425-427)

Activation and release of histamine accelerates blood flow, dilates capillaries and increases their permeability, which then leaks plasma into surrounding tissue and results in swelling and inflammation.

As the above diagram illustrates, the problem isn't histamine itself but when free radicals interfere with enzymes (and proteins and DNA) inside healthy cells. The result is oxidative damage and inflammation which is linked to degenerative conditions including arthritis, cardiovascular disease, neuro-degenerative disorders, and other chronic conditions. (7,14,346-351,355,356)

Flavay® lowers the inflammatory and allergic activity of histamine by protecting hyaluronidase against activation. (Hyaluronidase activation also breaks down hyaluronic acid and collagen in connective tissue.) (3,35,56,78,146)

Flavay® lowers inflammatory and allergic activity of histamine with as much as 86% inhibition of histidine decarboxylase. (3,35,56,78,146)

The Dangers of Antihistamines

Long-term use of antihistamines is linked to dementia.

According to a recent study published in the Journal of American Medicine (JAMA), anticholinergics (antihistamines) have been linked to memory loss and severe cognitive decline. (199)

Histamine is essential for memory and other cognitive functions.

Histamine is stored in high concentrations in neurons of the hypothalamus, the area of the brain responsible for alertness and attention. A recent study discovered that 70% of their outpatient schizophrenics had abnormal histamine levels. About 50% were low in blood histamine (histapenic) and 20% were high in blood histamine (histadelic). They also found both groups low in serum zinc, which is needed by mast cells and hippocampus terminal vesicles to store histamine. (430)

Flavay® is a Safe Alternative to Antihistamines

Flavay® works differently than antihistamines. Antihistamines interfere with histamine after its release. Flavay®, on the other hand, works before histamine is released. (Flavay® is shown to increase the uptake and re-uptake of histamine into immune cells known as mast cells.) So with Flavay®, histamine is not released, but remains intact (safely stored and not impaired) in mast cells and hippocampus terminal vesicles. This is good because our brains need histamine as a neurotransmitter—histamine is essential for memory and other brain functions. So, Flavay® is effective for allergies without side effects of mental-fog, drowsiness or dry mucous membranes. (3,35,56,78,146,423,425-427)

In a similar gastric study, Flavay® lowered the production of histamine with as much as 86% by inhibition of the enzyme of histidine decarboxylase. (78)

The anti-inflammatory activity of Flavay® was found twice as strong as phenylbutazone (an NSAID). (56)

Flavay® works in multiple ways to lower inflammation: (1) by inhibiting release of compounds that promote inflammation, including histamine, serine proteases, prostaglandins and leukotrienes and (2) by improving vascular strength.

The anti-inflammatory effects of Flavay® are associated to inhibition of peroxide generation by macrophages. (272,278,279)

Several studies show Flavay® inhibits pro-inflammatory mediators phospholipase A2, cyclooxygenase (COX-1 and COX-2), and lipoxygenase thereby reducing destructive ratios and concentrations of prostanoids, leukotrienes and thromboxanes. (Most importantly, this protection comes without the side effects common to NSAIDs.)(53,265,274,292,296,302)

Flavay® is patented as a scavenger of the free radicals that play a major role in the degradation of collagen and in the initiation, duration and breakdown of inflammation and in ischemia (reduced blood flow). 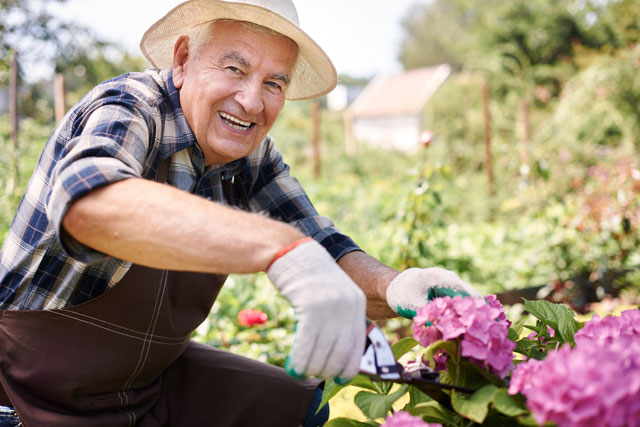 Flavay® reduces inflammation and allergies by preventing release of compounds that promote inflammation, including histamine, serine proteases, prostaglandins and leukotrienes. (18,25,61,74,81)

I began giving my daughter Flavay Plus for ADD and then I decided to add Flavay for my daughter's allergies. I want to tell you, the Flavay works like a charm for my daughter’s allergies. She is 6 years old, and when we ran out of capsules this week she told me, “You've got to get more Flavay!” —Ms. S.S.*

I have a friend who takes Flavay and he takes 4 capsules a day. It controls his asthma. Sounds great to me so I’ll give it a try. —Mr. J.G.*

My mother is doing really well. Her eyes aren't dry, her mouth isn't dry, her asthma is much better and she has more energy. She was already taking medications for these things, without such progress, and now she's doing much better since she started taking Flavay several months ago. —Ms. X. Yang*

Sinus doctors, infectious disease specialists and others have been called in, all to no avail. I discovered Flavay and began its use about five days after the last treatment with antibiotics in February. I have been on Flavay for about four months now and the bacteria HAVE NOT RETURNED!! What western medical science could not do, Flavay has accomplished. I am free of lung infection for the first time in years! Apparently, the sinuses have been impacted for much longer than that. Thank you Flavay! There have other health improvements as well but the bronchial issue is the life changer. —Mr. Bill F.*

I'm now in my 14th month of no bacteria in my lungs since starting Flavay. Prior to that I had 13 episodes of various bacteria cultures reinvading after an antibiotic had killed off a culture - this over a 25 month period. —Mr. Bill F.*

I have not had a cold/sinus problems for years and years of taking Flavay. I haven't had my regular dose of Flavay for at least two months because I messed up my ordering. Today I have to go to the doctor for a sinus infection. Never again will I go without my Flavay. —Ms. T.M.*